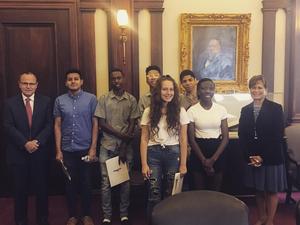 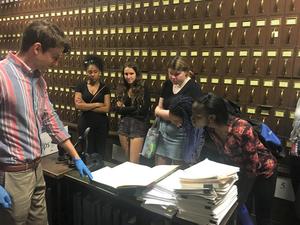 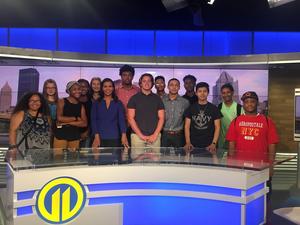 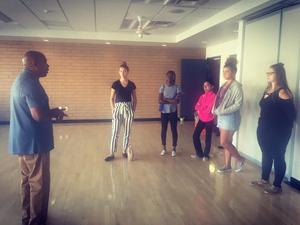 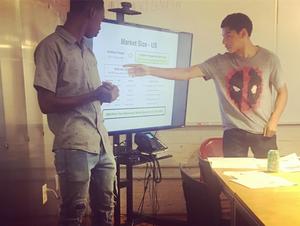 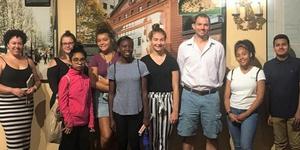 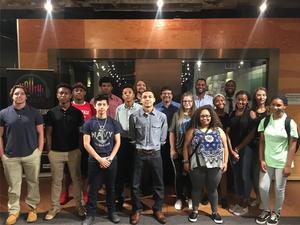 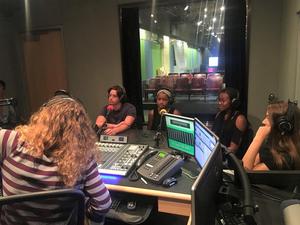 Rising Junior Career days provided upperclassmen scholars the chance to see an array of many different careers for day visits including fields in public service, media, non-profit, and finance!

Scholars traveled downtown to visit the City Council Building and meet Pittsburgh officials including Mayor William Peduto. Pictured above is the old city archives where city ordinances as old as the 18th century are stored. James Hill, Executive Assistant to the Mayor, was kind enough to receive the scholars and show them through the building. Deputy Chief Majestic Lane, Anupama Jain of the Gender Equity Commission, and Tiffini Simoneaux of the Early Childhood Development Office were also available to share and answer questions from the scholars.

WPXI studios brought a lot of excitement as well. Scholars were brought behind the scenes to see production materials in action, such as green screens, teleprompters, and an array of cameras. They also had a chance to view a live broadcast with Pittsburgh television host Lisa Sylvester.

At the YMCA, scholars learned about the building's namesake, Thelma Lovette, and how she championed civil rights and promoted healthy living for the community. The Pittsburgh Black Nurses in Action taught scholars about how essential it is to provide equal healthcare to all, especially the under-served or neglected. Finally, at the Byham Theater, which is part of the Pittsburgh Cultural Trust, gave scholars a look into how the theater teaches young people how to express themselves through the arts.

Capital Foundry was our first host for finance day, where scholars got to experience careers related to finance and banking. A "shark tank" session was held where scholars tried to convince a panel to support their creative plan.