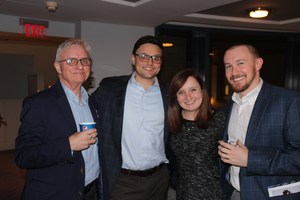 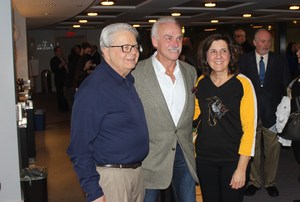 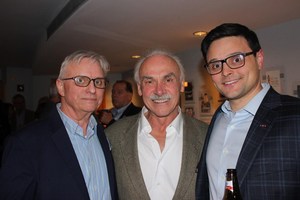 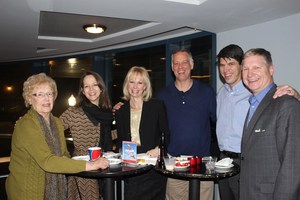 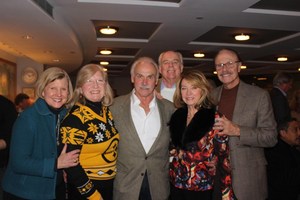 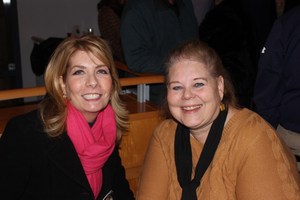 "So many of the play’s themes tie in with what Crossroads aims to accomplish, which is giving students who have limited options a real chance for a better life..."

Thanks so much to the sold-out crowd who attended Crossroads Foundation’s hit friend-raiser January 6th – ROCK TALES and Cocktails at the Pittsburgh Public Theater.  Nearly 60% of those who attended were first-time supporters.

The idea for the friend-raiser was inspired by the many Notre Dame alumni who support Crossroads Foundation.  Ticket holders enjoyed prime seating to the evening performance of “The Play,” the one-man stage adaptation of the life of 70’s-era Steeler icon (and former Notre Dame running back) Rocky Bleier, performed by Rocky himself, and written by legendary Pittsburgh sportswriter, Gene Collier.   A private cocktail reception with Rocky followed.

“What a great idea for a fundraiser,” said Kathy Slencak of CentiMark Corporation, a longtime supporter of Crossroads Foundation through the Educational Improvement Tax Credit Program.  Kathy attended with award-winning Pittsburgh broadcast journalist, Tonia Caruso.  “So many of the play’s themes tie in with what Crossroads aims to accomplish, which is giving students who have limited options a real chance for a better life.”

Bleier had limited options himself as a young man. The Steelers 16th round draft pick in 1968, he was drafted into Vietnam after his rookie season, where a grenade injury nearly left him crippled. Rather than see him cut from the team, legendary Steelers owner Art Rooney, Sr. kept Rocky on the injured reserve list until he was able to fight his way back to the gridiron - and four Super Bowl championships. Part of Rocky’s message was the value of giving back.

Crossroads’ holistic scholarships provide low-income students living primarily in failing public school districts with tuition assistance to attend one of six area Catholic high schools, along with a suite of afterschool and summer support services aimed at helping them succeed at the highest levels.

“CentiMark is proud to support Crossroads,” says Slencak.  “Granting scholarships for students to attend Catholic high schools and utilize resources to prepare for college provides them with support and opportunities they need to get ahead. Education is the key to success for our young people.”